One thing I am usually guilty of is limited testing. Due to the large scale of the project in hand, I made sure to thoroughly test each aspect of my robot before committing it to the final design.

The initial priority for me was to get a working chassis. Being the main hub for the robot, I wanted to make sure this was the best it could be, fitting all the components on before proceeding with the robot design further. To achieve the omni-directional travel, i needed to make sure the chassis was completely circular, with equal distances between the motors. To achieve an initial design that i could easily change and edit, i decided to use 3mm card . I managed to source some off-cuts from work, the same card used in Hardback Book covers. I was a little sceptical at first how it would handle the pressure of motors, however i was pleasantly surprised. Bolting the motors to it, it seemed to fair well, with limited flex.

Once I had the initial base of the robot, I then turned my attention to movement.

One of the things I was most worried about was power. I’ve seen so many horror stories of LiPo’s catching fire specifically this one at the Raspberry Pi birthday bash. Because off this, I wanted to test every stage. Initially, I wanted to assemble the motor circuits externally, to make sure everything worked, before putting more time into the development of the chassis and placement. Initial tests seemed to go well.

We have movement! #Piwars pic.twitter.com/AbnoF0PSWt

Mounting it all up

Once I had checked all the current components, I then wanted to add them to my test chassis to make sure the thing actually moves! I ordered some chap nylon nut’s & bolts off amazon, and used a screwdriver to make some holes in the chassis… very glorified, I know! To gt optimum movement, and avoid unwanted turning, i needed to make sure the wheels were exactly the same distance apart. Because I have 3 points of movement, the distance between the wheels can be calculated by 360° / 3 = 120°. I used a protractor to locate this on my chassis and used nylon bolts to secure the motors. I also used the same nylon bolts to secure the wheels to the motor hubs. 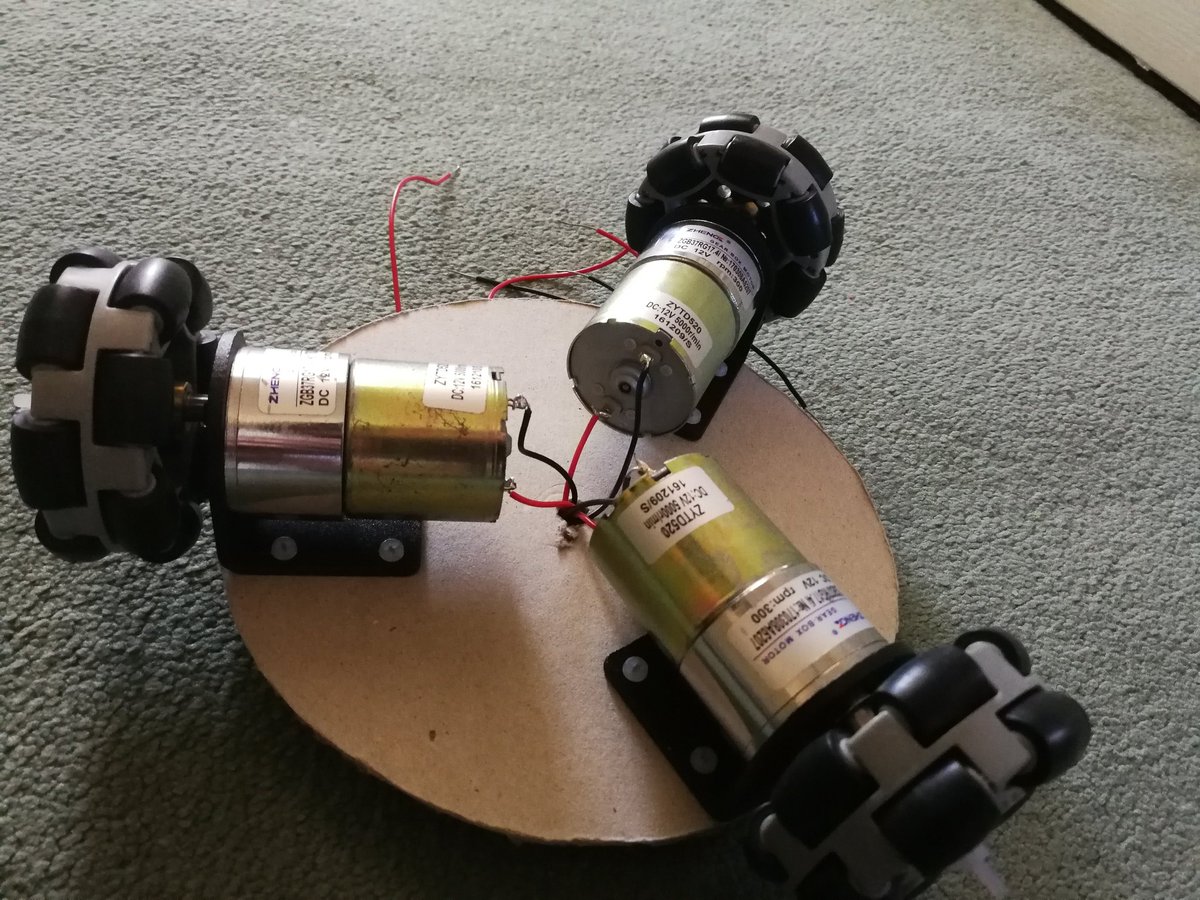 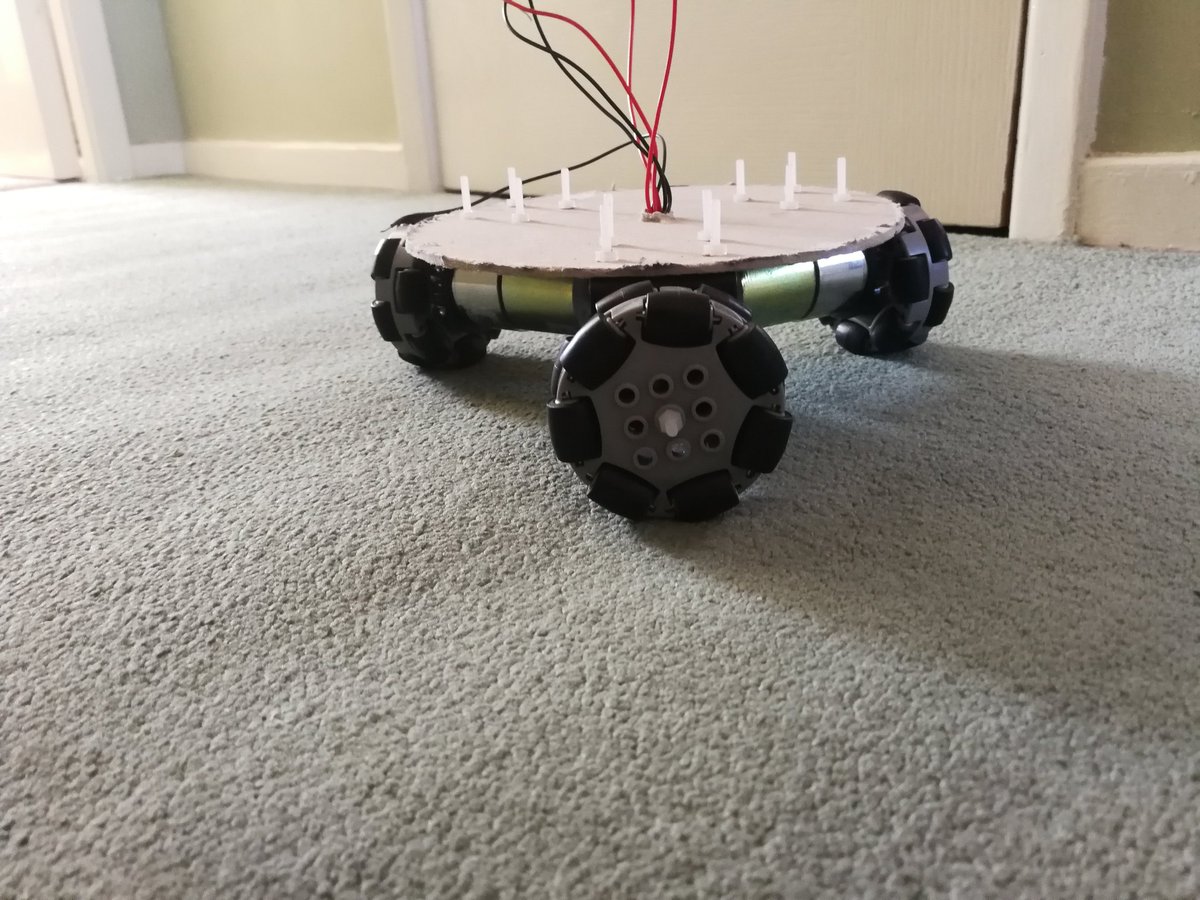 I then used the supplied standoffs with the thunderborg to mount the motor controllers between 2 motors. Once these were all hooked up, it was time to test.

From the initial movement testing, I learnt i needed better hardware to mount the wheels.after a couple of rotations, the wheels were becoming loose and falling off. Being nylon as well, they were regally flexing, causing the robot to make random turns and veering off path. Because of this testing, I learnt: